Bang One and Karni Ilyas

One of our senior journalist on TV news program is Karni Ilyas. As we know that he is having carrier on TV One now. Many news program had conducted by him. “Bang One Show” is one of new program that show dialog between guest star and “Bang One”. “Bang One” visualized as 3D animation or cartoon. Icon “Bang One” actually have popularity long before “Bang One Show” launching.

If we noticed accurately, there are many similarity between character of “Bang One” and Karni Ilyas. Look at this picture. 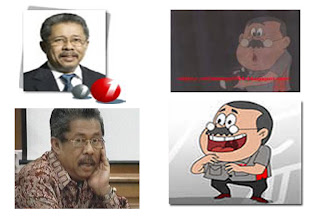 There are 4 pictures. On the right, we can look picture of Karni Ilyas. And on the left, there are 2 picture of “Bang One”. Heem, is that right opinion that character of Bang One created by Karni Ilyas because of the similarity?? 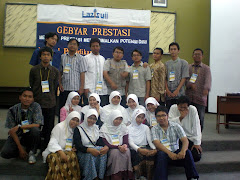